On one of the windiest wedding days Grant and I have ever had, we had the privilege of photographing Tania and Anthony’s wedding. Gale force winds blew, but instead of hiding away, we took full advantage of it. With Tania and Anthony, the problem is going to be selecting the photos. They just look amazing in everything. How are we meant to decide? I can usually pick my favourites pretty quickly. With these guys, I haven’t even got to Grant’s photos yet, although he has got the most amazing shot of Bondi I think I’ve ever seen. Between here and Facebook I expect we’ll see a lot of photos from this PerfectImages wedding.

Thanks, Tania and Anthony. It was a total blast and after the worry about the wind, one of our easiest weddings of the year. 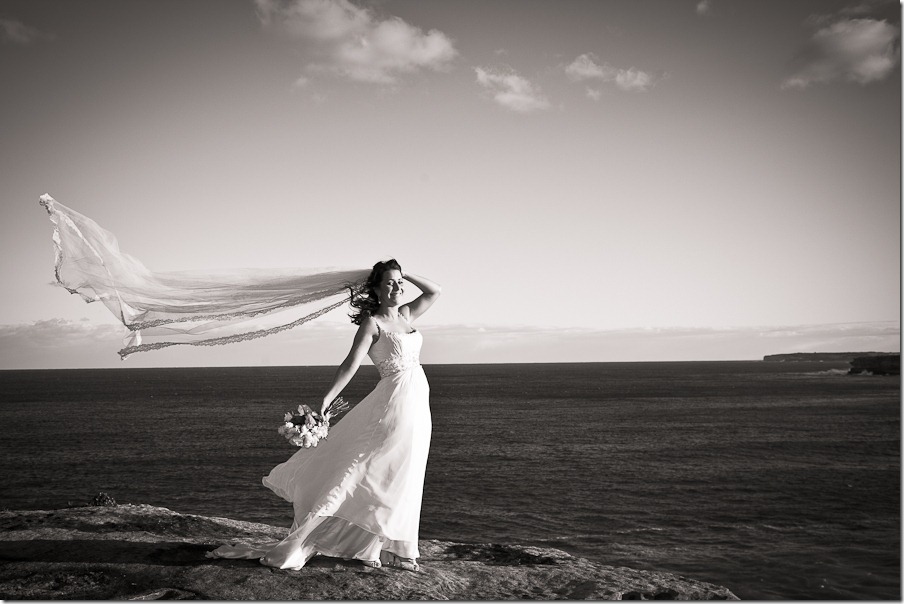 You certainly wouldn’t want to loose this stunning antique veil that was the something borrowed. 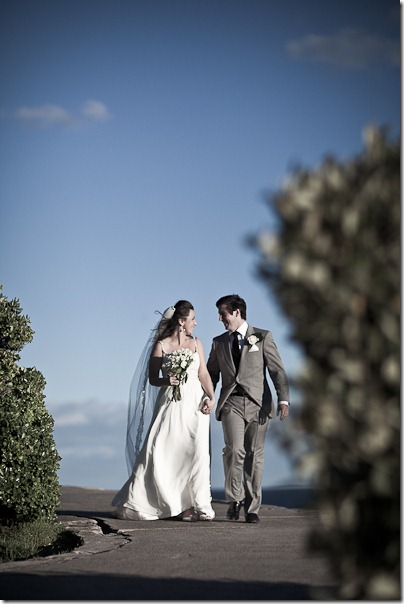 Boy, these two look good together, don’t they?

We don’t often do jumping shots, but it was requested by the bridal party. And man, can they jump.

How many times do you think that one of the best known beaches in the world is completely empty. Not another living soul on Bondi at sunset.

The boys were really very patient with us.

Turns out that the Groom and I went to the same high school (although a decade apart). I knew he was an outstanding and super intelligent person. 🙂